Don’t Go Crazy Without Me 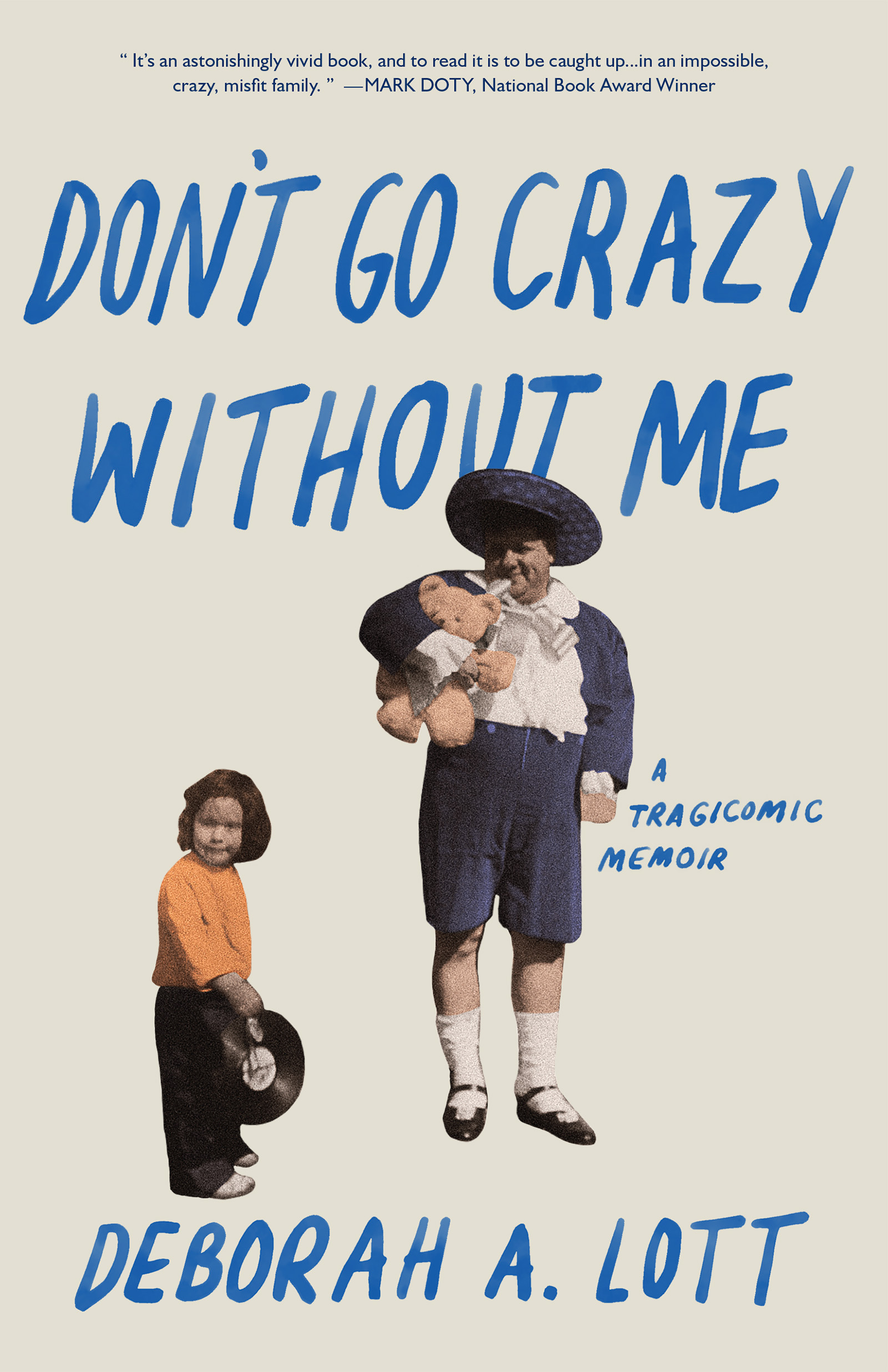 He showed her how to have fun and be creative; he also taught her to fear food poisoning, other children’s infectious diseases, and the contaminating properties of the world at large. Alienated from her emotionally distant mother, she bonded closely with her father and his worldview. When he plunged from neurotic to full-blown psychotic, she nearly followed him. Sanity is not always a choice, but for the sixteen-year-old, decisions had to be made – a line drawn between reality and what her mother called her “overactive imagination.” She would have to give up an identity and beliefs forged in love.

Saving herself would require an unconventional reading of Moby Dick, sexual pleasure in the body that had confounded her, and entry into the larger world as a volunteer in Robert F. Kennedy’s Presidential campaign. After attending his last stop at the Ambassador Hotel the night and site of his assassination, she would come to a new reckoning with loss and with engagement beyond the confines of family.

Available in bookstores and online:

Praise for Don’t Go Crazy Without Me

Deborah A. Lott’s Don’t Go Crazy Without Me is funny, horrifying, and heartbreaking – and often surprisingly, all three at once. It’s an astonishingly vivid book, and to read it is to be caught up, just as the writer was, in an impossible, crazy, misfit family. Through grace and nerve and will, Deborah learns that you can’t “screw nature,” or “stop time,” as her father tried to do, “but you could turn your grief into love.” This writer’s love for her deeply screwed-up family is unforgettable. As the best memoirs do, Don’t Go Crazy without Me makes this writer’s story belong to all of us.

Sentence by sentence, Deborah A. Lott is one of the finest writers I know. Her keen insights into the dynamics of her quirky, unforgettable family, and into family dynamics in general, make this book bound to be a classic.

Brilliantly written with grace, generosity, and a highly refined sense of the absurd, Don’t Go Crazy without Me is the harrowing account of a chaotic, bewildering childhood. This reader was enthralled from the get-go and Deborah A. Lott is now one of my favorite writers and I kiss the hem of her garment.

author of "Safekeeping", "Three Dog Night", and "What Comes Next and How to Like It"

Don’t Go Crazy without Me is an extraordinary book. Deborah A. Lott writes about everything – parents, children, bodies, illness, sex, writing – with a voice that is utterly clear and beautiful and funny and original. This is a book written with honesty that will both break your heart and enlarge it.

National Book Award Finalist and author of "A Town of Empty Rooms", "Refund", and "Like Normal People".

Deborah Lott writes with an intelligence that’s simultaneously hilarious, devastating, and generous. Don’t Go Crazy Without Me turns whatever we thought a memoir should do completely on its head and makes something glorious and fresh of the form. It reminds us why we need to laugh, especially in dark times.

author of "Later", "The Narrow Door", and "Lawnboy"